Win a break to Budapest 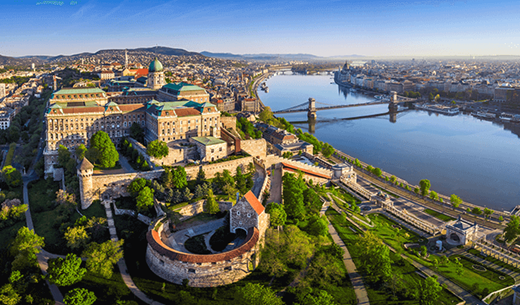 The capital of Hungary, Budapest is one of the largest and most beautiful of cities in Europe. MyOffers is giving a break in Budapest for two people, flights and accommodation are included in the prize package.

River Danube divides the city into two, Buda is built on the higher river terraces and hills of the western side, Pest on the east side is the urban centre of the city with the Parliament building, basilica, opera house and much more to see. Between the two sides, in the middle of the river lies Margaret Island with parks and spas.

With its views of Budapest, the Fisherman's Bastion is the perfect place to start your visit to the city. It was built between 1895 and 1902, and its seven pointy towers represent the Magyar chieftains who led their tribes to the area and established the country of Hungary.

Downtown and the outskirts of Budapest have plenty of bars and clubs, dance halls and discos that stay open until late at night. Even the thermal baths in the city host parties with music, laser effects and light shows. Try something different and have a fantastic night time boat party on the Danube, and enjoy beautiful views of Budapest whilst dancing the night away.

From extravagant palaces to cathedrals and synagogues, reasonably priced food, even in upscale restaurants, to bubbling hot springs and thermal baths, Budapest truly has it all. This MyOffers competition ends on 31st August 2020. Prize Draw value £1,000 Prize Draw closes 31/08/2020